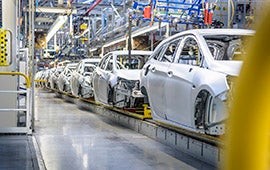 We’re living in an era of rapid evolution of vehicle technology, ownership and usage. As a data and analytics expert in China's insurance industry, Genilex and its parent company LexisNexis Risk Solutions research and utilize international motor insurance operational data, as well as practical experience from the China market, to quantify the possible impact of new elements of vehicle risk on China's auto insurance market. We will be sharing Genilex’s research and insight with the auto insurance industry in a series of articles, looking at trends in new energy technology, Advanced Driver Assistance Systems (ADAS) and auto pilot technology, ride-sharing cars, used cars, car history and much more. 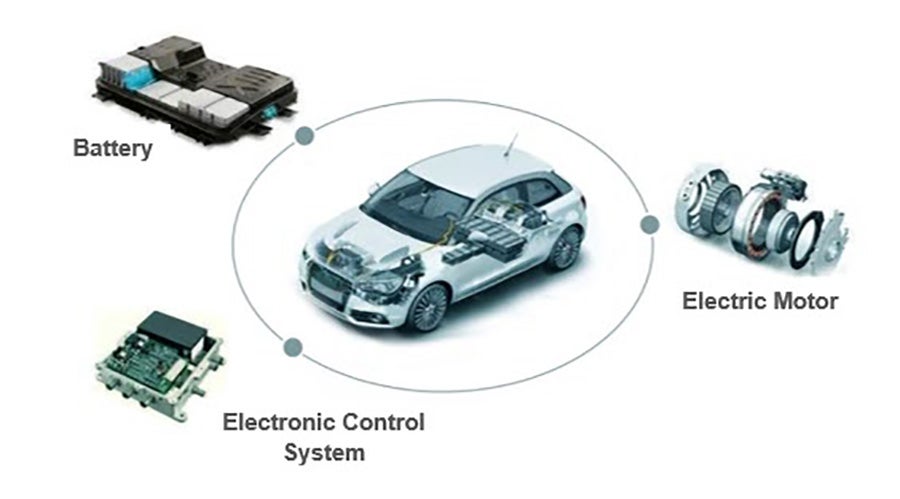 Challenges and opportunities in the insurance market

With the rapid development of the new energy vehicle industry, both insurers and drivers are raising concerns about new energy vehicles in terms of risk pricing and claim adjustment standards. Compared with traditional internal combustion engine (ICE) cars, new energy vehicles bring big differences in terms of costs for specific technologies, configuration of physical properties and power train principles. Together with cruising range anxiety, battery safety, and charging facilities’ availability, this vehicle revolution has brought many challenges to consumers and auto insurance carriers.

The risk trends between different new energy models are new challenges for the auto insurance industry. It is important to understand the characteristics of new energy vehicles and their underwriting risks, as well as how to reasonably quantify the risk differences between new energy and ICE vehicles. The U.S. auto insurance market has been working to gather experience and data on pure electric vehicle insurance.

The methodology is based on an in-depth understanding of the Chinese insurance market, through researching the physical properties of batteries and electric motors of varied pure electric vehicle models, and analyzing the sampled U.S. auto insurance data (policy year from 2015 to 2019, covering about 820,000 car years for pure electric vehicle policies and 2.35 million car years for ICE vehicles).

1. To support a longer cruising range, light and high-strength materials such as ultra-high-strength steel, aluminum alloy, and carbon fiber material are adopted by most pure electric vehicle manufacturers. For example, the BMW i3 uses an all-carbon fiber body with an aluminum alloy chassis. Tesla uses aluminum alloy for both. However, these expensive spare parts drive a higher maintenance and repair cost compared to traditional ICE vehicles, resulting in higher claims severity.

2. The physical structure and core components of pure electric vehicles, such as battery pack, electric motors in the power train, electronic control system and so on, are associated with unusual risks (such as fire) and potential impact damage, which are significantly different from traditional ICE vehicles. Moreover, the new power systems (the battery pack) of pure electric vehicles create technical barriers in repair. This consequently leads to higher cost of restoring value from the insurance claim compared to ICE vehicles. Pure electric vehicles use a pack of thousands of battery cells that can be displaced in different parts of the vehicle. Capacities of battery packs vary but the typical replacement cost for premium vehicles has been estimated at $10,000 or ¥ 60,000 in 2021.

The lower purchase prices of pure electric vehicle models due to government subsidies (national and local), the un-unified measurement of battery pack performance decay, and the lack of standardized repairing guidelines are all causing the residual values to be inaccurately determined. These factors will probably result in higher reputational risk and higher reputational risk for pure electric vehicle coverage, compared to ICE vehicles in terms of collision coverage.

3. Electric motors have greatly reduced noise levels compared to traditional engines. This can increase personal injury risk for pedestrians if it alters their general perception of nearby traffic. Therefore, this could cause higher claims frequency from third party liability coverage, compared to ICE vehicles.

4. Pure electric vehicles have large regional differences in performance. Because battery performance is significantly affected by temperature, there are very few pure electric vehicles in northern China. However, the rainy climate in the south is also a major challenge for battery protection and sealing. In recent years, damage claims arising from short circuit and overheating due to water inflow caused by heavy rain have become common. 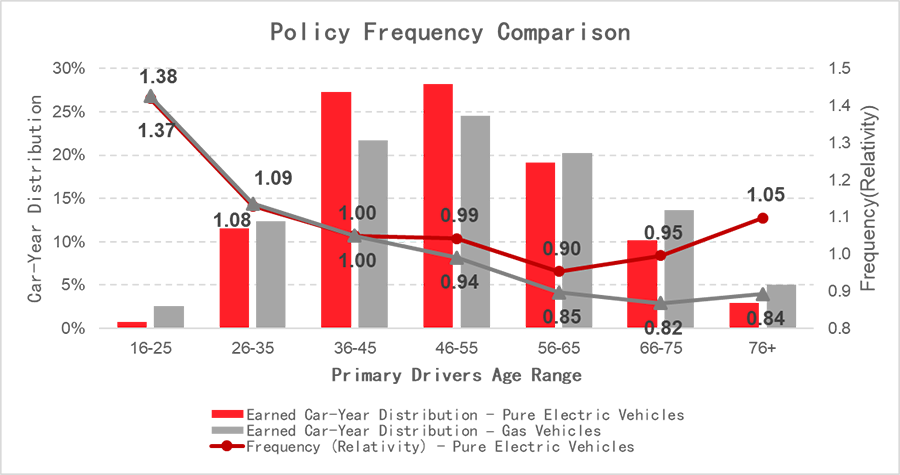 Comparison and consideration of differences between pure electric vehicles

Analysis of the auto insurance data in the U.S. showed there is also a large difference in collision frequency among pure electric vehicle types.

3. The more expensive pure electric vehicles (average price of $60,000 and above) have about 48% higher collision frequency than the cheaper models.

At the slightly lower price range ($40,000 to $50,000), certain models have about 46% higher collision frequency than other cheaper models. And their average collision severity is about 43% higher than cheaper models. 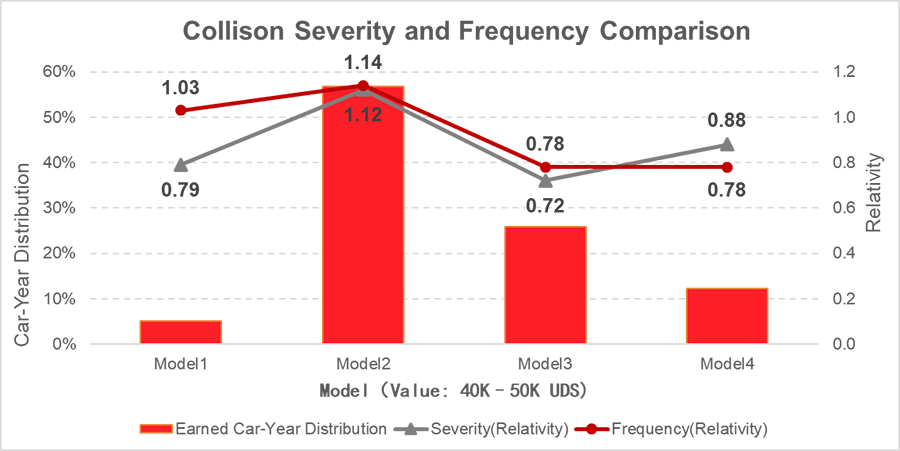 This Genilex and LexisNexis analysis shows there are significant differences in risks and loss cost frequency between pure electric vehicles and ICE vehicles, when comparing both physical vehicle characteristics and insurance data. Moreover, the physical property differences between different pure electric models can also be proven by this data investigation.

In China, the exclusive pure electric vehicle insurance product is still in the research and development phase. The current premium rates and coverage terms are developed for specifically for ICE vehicles. Without a large volume of historical data for China and mature operating experience, Genilex recommends the following two aspects to improve the risk segmentation and refinement in underwriting of pure electric vehicles:

It’s the insurance carrier’s responsibility to accurately price the unique risks for new vehicle types and even to develop exclusive products for pure electric vehicles. This is going to require deep understanding of the changing nature of risk, and developing new measurements for driving the market, to keep the industry operating at high efficiency.