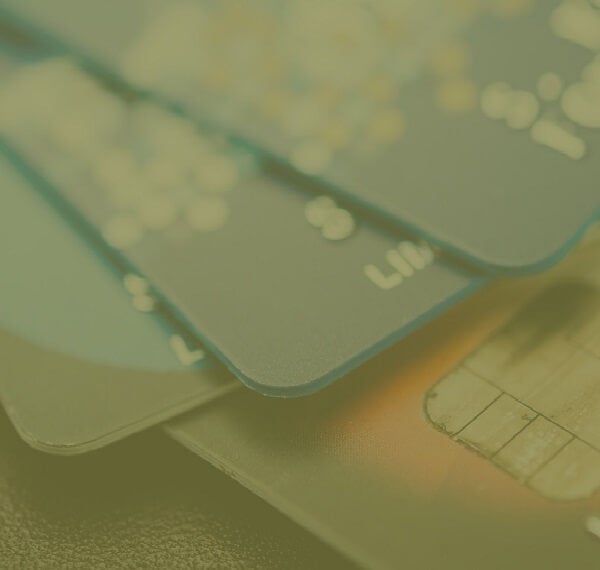 Since the bottoming out of debt, delinquencies, and charge-offs around 2015, we have seen debt levels rise, but consumers have not gone as delinquent as years prior. Consumers’ behavior post-financial crisis has shifted the way in which consumers take advantage of different levers. Consumers have begun to make smarter use of their credit card balances as limits have shifted upward while balances remain at underutilized rates.

Heightened enthusiasm is often paired with over-indulgence, resulting in a spike in delinquencies, which will force creditors re-tool their policies to reduce delinquencies and mitigate risk. Not to be forgotten, unemployment rates are one of the most important consumer levers to consider when it comes to creditors’ decision-making processes. As unemployment rates rise and labor force participation rate (LFPR) slides, the number of consumers with an active source of income to repay credit balances falls drastically. This leaves consumers in the position to use savings, another consumer lever, to pay off balances, which can result in a never-ending cycle of accruing balance. Below, we analyze the impact of consumer levers.

Credit Card Balances: Breaking down the aforementioned credit card limits into aggregate balances and available credit provides us with greater insight into how consumers are using what creditors are providing. We already saw how creditor behaviors are changing but what are consumers doing? Are they over-leveraging themselves or remaining conservative following the financial crisis? A decade ago, borrowers used about 24.5 percent of their total credit card limits, amounting to $866 billion, with this utilization rate peaking at 27.9 percent in 2009 (though the total value was lower than $866 billion) (New York Fed, Equifax). Although credit card balances have risen to near-Great Recession levels, borrowers’ utilization rates have not followed suit, as they equaled just 23.1 percent in the second quarter of 2018 (New York Fed, Equifax). This suggests that creditors are acting relatively more liberally than borrowers.

This behavior is represented in the average balance per credit card account, which is not even close to its Great Recession peak of $2,029 in 2009 (New York Fed, Equifax). In fact, the average balance per credit card account amounted to just $1,765 last quarter, or 13.0 percent lower than the 2009 high (New York Fed, Equifax). Creditors earn interest on whatever remaining balance is not repaid by the due date and is carried over into the next month, but also absorb the added risk of the balance never being repaid. We can see how average balances seem to flow similarly with creditors’ defined interest rates as creditors assume greater risk on the credit card accounts. It is important for collectors to understand the principle and interest amount, so they can properly educate the consumer and justify the total amount owed.

Consumer Confidence: Consumer confidence can be measured in a number of ways. Below, we present two measurements: the Organization for Economic Co-operation and Development’s (OECD) consumer confidence index and the University of Michigan’s Consumer Sentiment Index (CSI). Each of these measurements indicate the general optimism (or pessimism) consumers feel about the overall economy and their personal financial situations. Consumer confidence or sentiment have both been steadily improving since the Great Recession struck, including a late-2016 boon following President Trump’s November 2016 victory (OECD, University of Michigan). Driven by this optimism, consumers are spending (and borrowing) more and saving less, as discussed later in this article. Although the data does not yet support this trend, it would not be shocking if this heightened consumer optimism leads Americans to revert back to their pre-recession habits of living above their means. When confidence turns into over-exuberance, delinquencies should follow.

Unemployment and Labor Force Participation Rates: The official unemployment (U3) rate is calculated by dividing the number of unemployed individuals by all individuals in the current labor force, which is defined as all employed individuals plus those who are unemployed and actively looking for work. The jobless who are not looking for work are not included, such as stay-at-home parents, retirees, students, and “discouraged workers,” individuals who would like a job but have ceased looking for a job due to simple economic hardships. Due to the limitations in the scope of the U3 rate, there is a broader measurement known as the total unemployment (U6) rate, which not only includes these discouraged workers in its calculation, but also part-time employees. The U6 rate allows us to gain a wider perspective with regard to the employment climate of the U.S. Additionally, it is critical to understand other tangential metrics, such as the LFPR, which is a measurement calculated by dividing the number of individuals in the labor force by the total population.

In 2007, we saw the beginning of the rise in unemployment, but very few had any idea how bad it would get. From 2008 through 2011, the U3 and U6 rates peaked at more than 9.9 percent and 17.1 percent, respectively (St. Louis Fed, BLS). Since then, both unemployment rates have drastically improved and in recent months, the U3 rate even dropped below 4.0 percent, amounting its lowest rate since the 1990s (St. Louis Fed, BLS). Good news, right? Partially. The LFPR started plummeting in 2008, falling from 66.1 percent to a low of 62.5 percent in 2015, before rising marginally to 62.8 percent last quarter (St. Louis Fed, BLS). A shrinking workforce can artificially make the U3 rate look healthier than it may actually be, so it is critical to consider other metrics, like the U6 rate, as well.

Both unemployment rates correlate strongly and positively with the charge-off rates discussed previously, which makes complete intuitive sense; unemployed people do not have a source of income to repay their bills, so creditors have a more difficult time recovering their past-due payments. As the economy continues strengthening, employment increases should translate to an individuals’ greater ability to repay delinquent debts; however, there are still millions of consumers who may remain unemployed and others who may be under-employed.

Real Disposable Personal Income: Employment is only half of the story; the other is income. Real disposable personal income (per capita) is the amount of discretionary income an individual has to save or spend (or settle delinquent debts). Real disposable personal income per capita (RDIPC) grew strongly throughout the early and mid 2000s, before stagnating, on average, at the onset of the Great Recession (St. Louis Fed, BEA). However, there has been a strong uptick since 2013, with totals amounting to $43,634 in 2018 (St. Louis Fed, BEA).

As employed consumers earn more, they are better positioned to pay their credit card bills. When collecting, we often gauge both ability and willingness to pay. Knowing a consumer’s employment status is key to resolving outstanding debt. While the LFPRs have not improved, job-seekers are returning to work and the income is slowly following.

Savings: Though not intuitive, as consumers have more income, many tend to have relatively less savings. The reason why this occasionally occurs becomes clear when comparing the savings rate to consumer confidence rate. Savings is the cornerstone to healthy personal finances; however, consumers may rely more heavily on credit as their emergency fund instead of building personal savings during times of a healthy economy. This unhealthy habit could lead to higher carried balances and spirals into delinquencies when limits are maxed and another emergency strikes or the economy worsens. When this happens on the consumer level, it is called a personal crisis, but when it happens across the macro-economy, it is loosely called a recession. So, while employment is strengthening as a source of funds for repayment, savings are less reliable.

Part three in this series co-authored with Kaulkin Ginsberg will review government levers. Government levers are unique, in that they are not necessarily able to be changed to the liking of creditors and consumers. What impact does policy have on the collections industry and can collectors remain compliant of changing policies?

Download the article to find out more.
Collections and Recovery Financial Services Corporations and Non-Profits